DPF, also known as Diesel Particulate Filter (or FAP filtre à particules in France) is a particle filter which reduces the amount of pollution emitted by diesel vehicles. DPF filters do this by filtering the solid particles which are found in the exhaust gases.

Over time, the particle filter fitted on diesel cars can become clogged by an accumulation of exhaust soot, offen caused by general wear and tear or sometimes even componant faults. A regeneration of the filter is then needed due to the filter becoming clogged.

A vehicle regenerates periodically by burning off the particles which are accumulated in the particle filter.

Regeneration of the particle filter

On occasions, the filter in a diesel car cannot regenerate on its own. If this is the case then a forced regeneration is required via a dealer level diagnostic tool. If a filter is too heavily loaded a replacement filter must be fitted. If not temperatures can get very high and exhaust gases cannot escape. This would usually result in the ECU reducing the engines power output to ensure no further damage can be caused until the fault has been rectified. In extreme cases this could even result in fire if left too long.

So if your seeing the DPF light often then we can help by either removing the DPF filter or rectifieing the faults causing the filter to block just get in touch. 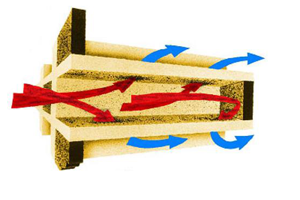